Latest blog by the Global Standard for CSO Accountability 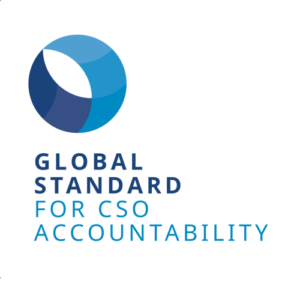 By Elisa Lopez, Programme Manager for the Global Standard for CSO Accountability

In recent years, CSOs around the world have witnessed first-hand how different forms of shrinking civic space have impacted their capacities to operate; they are being overly regulated, facing difficulties obtaining foreign funding, having to jump through hurdles to operate and engage with governments and seeing their rights and legitimacy put into question. According to the CIVICUS Monitor’s most recent report released in December 2019 entitled People Power Under Attack, only three per cent of the world’s population now live in countries with open civic space.

Nowadays, an increasing number of countries, with various regime types are imposing a range of formal and informal restrictions on fundamental rights. Governments are willing to use different tactics to reassert their political authority and have under control international and domestic influence over their mandate.

It is well known that the relationship between government and civil society is not an easy one, but seems like the closing civic space is a lasting trend of our actual political reality. Restrictions in forms of different legislative measures and presidential decrees, with the excuse of regulating income tax, fighting terrorism or anti-laundering up to even claiming to restore the social order, are increasingly being put in place.

Adding to that context, the rapid growth of the sector, with the ¨uncivil¨ society manifested in different form, like GONGOs, categorized by Fowler (2006 p.32) claiming civic space, CSO’s sometimes lacking internal processes and/or policies to guide their work, lack of coordination among others, contributed to putting into question the labor, credibility and effectiveness of the civil society.

We live in a time when many governments remain unable or unwilling to provide enabling environments for civil society to flourish. But the truth is that a strong civil society space is a basic pillar for democracy and one of the most important factors in enabling citizens to participate in the systems that influence their lives. A strong civil society may also allow citizens to hold their governments accountable and to demand for greater equality and justice. As Putnam (1993) said “Democratic government is strengthened, not weakened, when it faces a vigorous civil society”. Its role along with different actors to foster sociopolitical changes cannot be denied.

This closing or at least changing space phenomenon raises pressing questions on how prepared civil society is to change, improve, respond and/or adapt to new environments, facing different challenges according to their context.

Many organizations have already taken steps towards putting in place a different kind of  accountability that puts people at the core of their decision-making process, with very open and transparent policies and actions, even some parts of the sector are starting different initiatives to regulate it. Self-regulatory initiatives have become an important means of building public trust, protecting the political space for CSOs to operate, and sharing good practices and learning. Furthermore, if organisations are not being able to self-regulate, will defeat the check and balance they provide for governments undermining their independence to act and restrict their actions in discretionary ways. So if the sector doesn’t want to be overregulated, it needs to start taking steps forward.

In this rapidly deteriorating operating environment, CSOs need to be able to adjust and be prepared to push back. The Global Standard for CSO Accountability works to boost civic engagement and to challenge the rhetoric against civil society through enhancing CSO capacity. The Global Standard is a flexible and open tool that CSOs can use to bolstered accountability and capacity, leading to the road of eliciting trust and appreciation from the public, expanding the civic space that they are working within, and delivering impact in a responsive and horizontal manner. By empowering people and ensuring all voices are amplified, CSOs can become more accountable, transparent, and reliable social actors who can enable more open civic spaces. Self-regulation could contribute to improve CSO resilience so that organizations can better accomplish their own mission.

The Global Standard and its 12 commitments are an inclusive, adaptable and responsive framework that acts as a guide for CSOs to adopt different approaches in order to co-create accountability mechanisms, involving all stakeholder in meaningful ways to participate from an horizontal perspective, that is what we call Dynamic Accountability. So if you want to be more accountable or contribute to coordinate a civil society initiative around take a look of this framework that can help you to guide your steps!

CIVICUS, 2010. People power under attack: a Report base on data from the CIVICUS Monitor, extracted from  https://monitor.civicus.org/PeoplePowerUnderAttack2019/

Fowler, A., 2013. Striking a Balance : a Guide to Enhancing the Effectiveness of Non-Governmental Organisations in International Development, Routledge